Would I Be Better Off Without a Holistic Dentist?

I have loved the fact that my dentist is a holistic dentist, but I am having a hard time with his competence in other areas and am worried that I should switch dentists. I also have a question about the best way to fix this issue. I went to my dentist to ask if he could replace a metal-based crown with an all-porcelain crown as well as replace some mercury fillings. These were things I wanted to be done for years but needed a holistic dentist to do them. Everything went wrong.

First, he used this new technology that builds the crown for you without you having to get a temporary crown. They took my old crown and used the technology to build the new one. I guess he was just trusting the computer to get it right because he never did a temporary try-in before bonding the new crown onto my tooth. This ended up being a big deal because my bite felt off the moment it was bonded in. I mentioned that and they said to see if it is still that way tomorrow. I got the impression they were just hoping I would not bother coming back. But my bite hurt. I went back the next day. They said it was the molar adjacent to the new crown that was too high. This puzzled me because that tooth has been there my entire adult life with no problems whatsoever. Yet, they sanded that one down. I still hurt so I went back again. I could tell they were getting annoyed with me. But, they did some work anyway. It seemed each time they did something things got worse. After the last repair they did, my front teeth were banging together when I chewed. When I called to schedule another “fix”, they suggested I just see an orthodontist. Really? I didn’t need an orthodontist before this procedure.

I was miserable enough to go get a second opinion. This dentist said my crown is too small. I have two options. First, I can get the crown redone and the structure on the other teeth he unnecessarily ground down built back up. A second option would be to get orthodontics. Which is better? Also, if this is the only holistic dentist in my area, am I better off staying (though incompetent) or going to a non-holistic dentist? 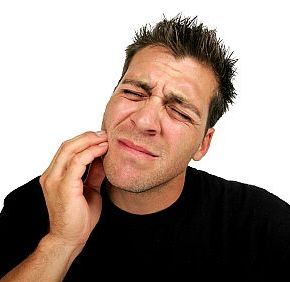 You have had quite the horror story here.

Let’s start off with the last question. I would leave this dentist. I know you like that he is a holistic dentist, but you are getting very poor quality care there. The good news is that there are dentists who will give you the metal-free care you are wanting even if they aren’t holistic. Talk to some dentists about your desires and I am sure you will find more than one willing to accommodate you.

As to this crown. I would press for a full refund or the cost of getting this fixed. He fell well below the standard of care and actually did more damage to your bite. If he refuses, get a lawyer. You’ve had negligent, harmful care, which includes pain and suffering. The CAD/CAM technology he used is actually great and can produce accurate results, but it has to be operated by someone that knows what they’re doing. There is a term in the computer field that states Garbage In-Garbage Out. It’s how the dentist guides the program that makes the big difference. And, the fact that he didn’t do a try-in first was stupid.

Find a good dentist. Ask what the cost would be to repair this properly and ask your dentist for that amount back. As I said earlier, if you had to go to court, you have a good case.